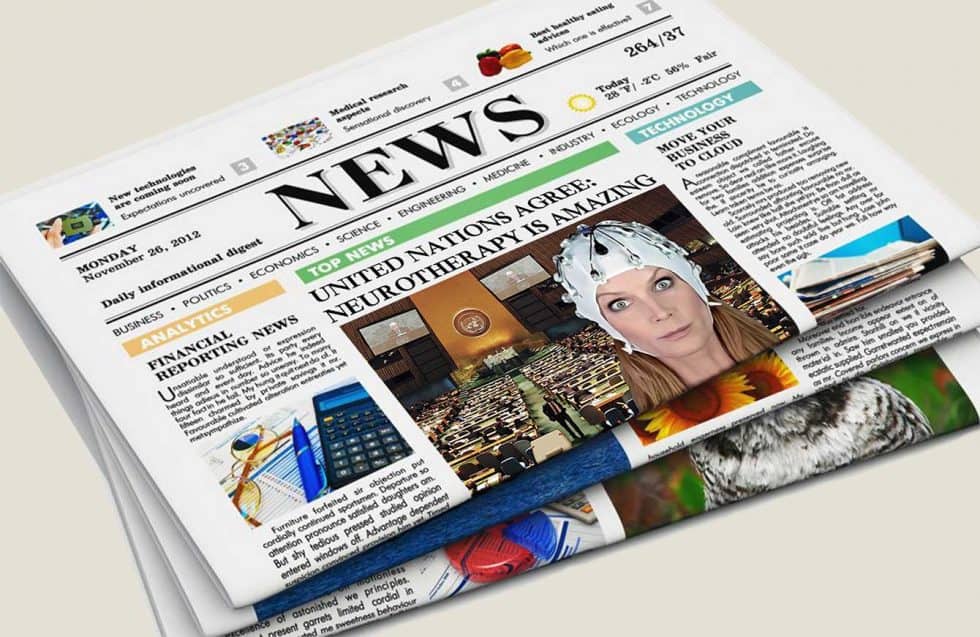 “If Neurotherapy is that good, why is it not on page one of every newspaper?”

When healthy people come across an interesting novelty which could be relevant to their life, they usually respond with curiosity: “I think I have a Functional Brain Disorder, I want to know more about Neurotherapy.”

That would be reasonable behaviour, especially under the aspect of self-interest: “Could there be something in it for me?“

When the right hemisphere of the Brain — the one that examines new stuff first — is dysregulated, the initial response to a newly found therapy may well be different and appear unreasonable. Four distinct types have been identified:

Facing novelty and being fearful of the unknown, some people turn into incredulous Sceptics who scrutinise the presented information for traces of evidence of an elaborate scam which maliciously targets the weak and vulnerable and is suspiciously well concealed: “This looks too good to be true.” — Would you trust it, if it looked worse?

Some acknowledge the quality of the offer but are too scared and worried to engage any further: “This may work for others, but I’m such a special case and always a total failure … .“

Others are so overwhelmed that they escape into an aloof indifference, selfishly ignoring the burden that their laziness places on their family: “Meh, I can’t be bothered. I don’t care.”

The most concerning group, however, are those whose judgment is impaired by their disorder. They’ve lost the ability to ask themselves from the position of a mindful observer: “Hold on, does this even make sense what I’ve just said?“

An example of impaired judgment is the question: “If Neurotherapy is that good, why is it not on page one of every newspaper?” More of an objection than an enquiry, right?

Answers from the Audience

The incredulous Sceptic will now chime in: “Bollocks, nobody in his right mind would ask such a silly question.” — That’s exactly what I’ve said.

In contrast, the scared Wimp will think: “Should I be worried? Is it a bad sign if something is not on page one of every newspaper?”

Whereas the selfish Indifferent ones don’t care: “I don’t read newspapers.”

A serious answer to a silly question

So, what is the answer to the question “If Neurotherapy is that good, why is it not on page one of every newspaper?”. Here it is:

News is, when bad things happen: “PILOT DISTRACTED: PLANE CRASHES-185 DEAD” — in contrast, not suited for page one: “PLANE LANDED SAFELY—PILOT HAD OVERCOME HIS ATTENTION ISSUES WITH NEUROTHERAPY”

Neurotherapy prevents human tragedy and is not really new. It is well established in Europe and the US; there are also Neurotherapists in most Asian countries, South America and Africa. If every nation sent one, we could have a General Assembly of Neurotherapists at the UN.

Sports results are news: “BILODEAU FIRST TO DEFEND GOLD IN THE MOGULS THANKS TO NEUROFEEDBACK BRAIN TRAINING” That would work, but sport is usually on the back cover, the last page. Bummer.